Philip Salom began publishing in 1980 and since then has written fourteen books of poetry and five novels. His book Sky Poems won the British Airways Commonwealth Poetry Prize in London for the overall Best Book of Poetry in the British Commonwealth and his first book The Silent Piano won the earlier Commonwealth Poetry Prize for Best First Book. His collections are praised for their expansive imagination and language. He has received further acclaim through international reviews and from guest appearances in America, Canada, Britain, the Republics of Serbia and Macedonia, Italy, Singapore and New Zealand.
Of his five novels two have been shortlisted for Australia’s most prestigious fiction prize, the Miles Franklin Award (The Returns in 2020 and Waiting in 2016). The Returns was also shortlisted for the 2017 Prime Minister’s Award. Playback won the Western Australian Premier’s Prize for Fiction. Salom’s novels have also been shortlisted in the Queensland Premier’s Prize, the ASL Gold Medal, the Victorian Premier’s Prize.
The Fifth Season is published in November (Transit Lounge, 2020).
In 2011/2012 – as a sudden departure and an answering call to Portugese poet Fernando Pessoa’s use of heteronyms – Salom published two collections written through heteronyms. The Keeper of Fish and Keeping Carter feature strongly lyric author-characters Alan Fish and M A Carter respectively and these two books complete the trilogy begun with Keepers (2010). Keepers is a hybrid verse-novel set in a Creative Arts School. In the new books, Fish is introspective and empathetic and Carter is bad-mannered and immoderate.

Major awards (apart from the two Commonwealth Poetry Book Prizes in London) include the Western Australian Premiers Prize (twice for Poetry and once for Fiction) and the prestigious Newcastle Poetry Prize (in 1996 and again in 2000). He has received several major Australian Council Fellowships and also many shortlistings for his books.
In 2003 Philip Salom was recognised with the Christopher Brennan Award – a prize given for lifetime achievement in poetry, recognising a poet who produces work “of sustained quality and distinction”. 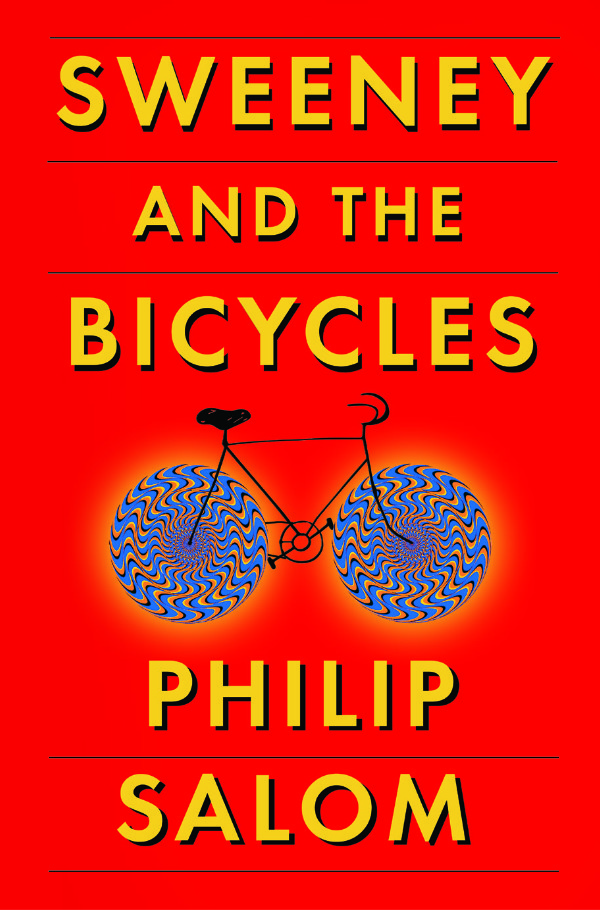 Sweeney and the Bicycles

The scar on the back of Sweeney’s head is shaped like an S. He is obsessed with the beauty of bicycles, which he steals after painting his face in astonishing shapes and patterns.

Written with warmth and humour, this captivatingly original novel opens us up to an intimate world of marvellous characters and unexpected developments. Trauma is balanced by the joys and weirdness of everyday life. Friendship and family just may be found in the unlikeliest of places. 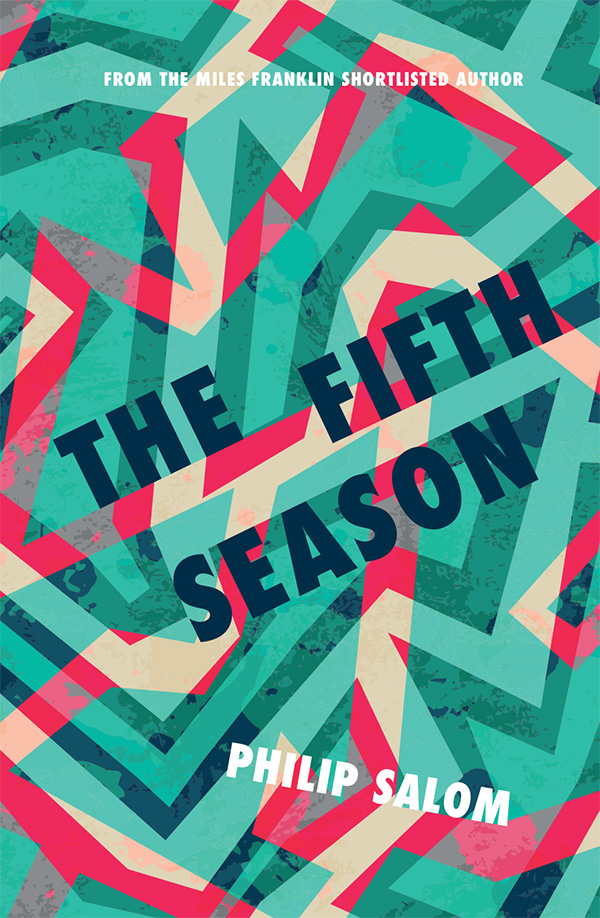 Set in a small coastal town, The Fifth Season is a haunting and intriguing tale about a writer who is pre-occupied with the phenomenon of found people, a mural artist with a missing sister, and an old book that bears a striking resemblance to real life events… 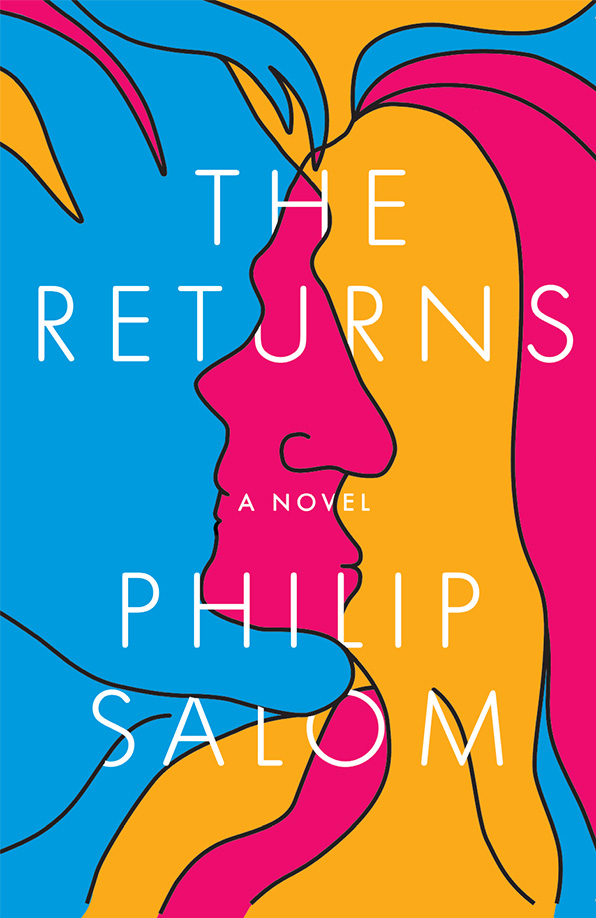 The Returns is a story about the eccentricities, failings and small triumphs that humans are capable of, a novel that pokes fun at literary and artistic pretensions, while celebrating the expansiveness of art, kindness and friendship.

The Returns was a finalist in the 2020 Miles Franklin Award

Salom is using the framework of the realist novel to explore ideas that might—at least some of them— lead to despair, but in the end the reader is left with the sense of a warm and generous writerley consciousness, ruminating about the human condition and its possibilities for happiness in spite of everything.

I live in North Melbourne, after arriving in Victoria just in time to see in 1998.

I was brought up on an isolated dairy farm in Brunswick Junction, on the south-western corner of Western Australia. Like most farm kids, I spent a great part of my early years wandering about the property alone: rummaging in sheds, meandering through paddocks, and along the two rivers which crossed between the property and a large acreage of dry bushland next to the main farm.

Farming and animals and weather hit you with unavoidable sensory clarity: and when I was not at school I worked on the farm. There is an extraordinary sense of the present in such work – it starts to rain, the wind blows, and the smell of dirt and cattle dung intensifies without any let up in the job. The same job in summer is a very different place, one of heat, dry air and dust. Farm work is extremely physical and sometimes painful. The job must be finished so the weather is irrelevant, the discomfort normal. And yet, for anyone not an adult, not yet ‘responsible’ for this work, there can also be an odd kind of absence.

My family had little social life. We rarely left the farm and we were a quiet family without stories. My parents were not very worldly. In retrospect, despite the immediacy of the farm experiences, and the individuality of schooling in a country town, I was hungry for experience – of the world. I needed it psychologically (and half-intuited this) but I also lacked external stimulation of more mental and intellectual kind.

My family had little social life. We rarely left the farm and we were a quiet family without stories. My parents were not very worldly. In retrospect, despite the immediacy of the farm experiences, and the individuality of schooling in a country town, I was hungry for experience – of the world. I needed it psychologically (and half-intuited this) but I also lacked external stimulation of more mental and intellectual kind.

I didn’t expect to stay on the small family farm and nor, at the time, did I want to go to university. I enrolled at Muresk Agricultural College near the wheatbelt town of Northam, planning for a future as a farm manager. After graduation, I worked for two years on a cattle research station in the Wheatbelt. I helped run the daily activities of station: cattle farming mixed with experiments in beef production.

So I learnt research and farming skills, a love of cattle, and demon driving on gravel roads, but in my limited spare time I began oil painting. Eventually my restlessness returned. From talking to my boss, who was a geneticist, it occurred to me that I might need a more rigorous, formal education. A scientist friend lent me a book which became the most significant reading I would do for quite some time. When people are asked which book most influenced them they often contrive an answer. Mine was real; the book was Patrick White’s raw, observed life of an artist – The Vivisector. By the time I had finished the book, I knew I had to change my life. I moved to Perth and began studying Science at the University of Western Australia and in my spare time kept hard at the painting.

Soon enough I was spending more time on my oil painting and experiments in style than I was on studying. The revolutions of the sixties had passed me by while I was in the cow-sheds and then the wheat-belt farms; and science, though interesting, just wasn’t the answer. Art was. Art had become my revolution.

After painting for several years and exhibiting in several award exhibitions, two of them at national level, I attempted writing. Amazing. In my spare time I had been reading everything literary I could find, as a hobby really, but it struck me – I could explore word-forms and thereby feel and think in ways my painting had never satisfied. I enrolled at Curtin University and studied literature and creative writing – plus theatre, film and psychology – and after graduation I began my first collection of poems. Not a novelist at all, as I had hoped, because poetry had quite unexpectedly grabbed me. Novels would come later. Poetry is briefer, more intense, works by presence and absence, and it is written in, and presents as, an isolated world surrounded by the white page. That page …

Within a few years I was onto my second book. On the bush block my family lived on I built myself a log cabin with a stone fireplace and I wrote in there for the next 15 years. Completed seven collections, one novel, one play and one unpublished manuscript in that time. The shack was fairly austere and for one purpose only, it was often over 35 degrees in summer and coldish but for the fire in winter… Inside that shack I discovered the huge imaginative spaces of poetry and the deep urgency of creating it. And my first novel.

During the next years I established the routine I would keep up until 2008: I wrote and did paid work in tandem, lecturing in poetry and fiction and, at times, Australian Literature. My books won awards and gained national and then international attention. Two of my books won major international prizes in London. Over the years I have toured and read, lectured, etc, on several continents. From the late 70s through to 1991 I was married to Helena and we had a son – Brendan. Our social life was perhaps too focussed on poetry and writing (I have written novels too, and taught fiction writing) and in 1992, the marriage was over. I then met and in a year or so married Meredith. I thereby inherited a daughter Ceridwen – whose name, by complete chance, is the Welsh naming of the Goddess of Poetry.

In 1998 my New and Selected Poems was due for release just after we moved Melbourne. At the very end of 2008 I resigned from the University of Melbourne and for the first time sat down to that much dreamt-of life… of writing full-time.

Since then I have moved strongly across to the novel, publishing three in the last four years. I’m pleased to say they have been received with acclaim in reviews and in the most prestigious national fiction awards. Meredith is my hard-working partner in all this and is happy to support my next stage of writing, for which I thank her. Now, in 2020, I have just published my fifth novel The Fifth Season. I am working on the next.

Subscribe to receive an email when Philip Salom's book launches and events are scheduled.